Volkswagen currently has eight models available to order now that qualify for the new lowest ‘Band 1’ VRT Rate of 7% for vehicles with emissions of less than 50g/km. Following on from success in September of the initial sales of the ID.3 1st Edition, the brand has announced their full range of ID.3 models for 2021 as well as details of new PHEVs (Plug-in Hybrid Vehicle) and the new ID.4 all-electric SUV.  The ID.3 has zero emissions and is produced as a carbon-neutral vehicle.

“Budget 2021 has seen a very strong move by the Irish Government towards fully electric and plug-in hybrid vehicles and thankfully the Volkswagen range is very well suited to these new measures and is continuing to grow as we look towards 2021’ said Rodolfo Calixto, Brand Director of Volkswagen Ireland.

The ID.3 is Volkswagen’s new all-electric hatchback and will come with a choice of seven variants, six versions of the 58kWh model (Life, Business, Family, Style, Tech and Max) with a range of up to 425km (WLTP) and a 77kWh version capable of up to 542km. With emissions of 0g/km, the ID.3 not only will be in ‘Band 1’ in terms of VRT but will qualify for the new lowest annual Motor Tax Band rate of €120. The new VRT measures mean that the price (RRP) of the ID.3 before Government grants have been applied has beem reduced by up to €3,600 in some cases.*

The ID.3 will be followed in early 2021 by the new ID.4, a fully-electric SUV. The ID.4 will enter the Irish market with two limited-edition models. The 100% electric SUV will come with a 77kWh battery initially, returning up to 500km of range. 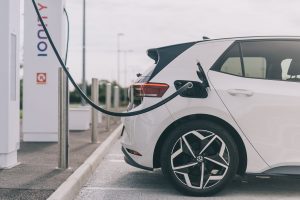 The ID.3 and ID.4 are also delivered to the end customer with a 100% certified carbon-neutral balance as part of Volkswagen’s commitment to reduce emissions through all stages of the production life cycle, from battery sourcing and logistics right through to manufacture and recycling.

Two new PHEV (plug-in hybrid vehicles) versions of the Golf were launched recently – the Golf eHybrid and Golf GTE, with outputs of 204PS and 245PS respectively and capable of driving on electric-only power for up to 64km in the Golf GTE and 71km in the Golf eHybrid, thanks to a larger 13kWh battery. The Golf eHybrid has emissions of 21g/km, with the GTE returning just 36g/km – both models qualifying for Band 1 in terms of VRT and Annual Motor Tax of only €140. Under the new VRT Bands, the eHybrid drops by €3,045, while the GTE drops in price by €3,455, before Government grants are applied*.

There will be more new PHEV models coming from Volkswagen in time for 2021. The PHEV versions of the new Volkswagen Arteon and all-new Arteon Shooting Brake (with CO2 emissions of 36g/km) are available to order now. There will also be a PHEV version of the Tiguan, and at the top of the Volkswagen range, two PHEV versions of the Touareg model, the Touareg PHEV and Touareg R, available to order in early 2021. These new models also join the existing Passat GTE and Passat Estate GTE with emissions of 28g/km and 31g/km respectively. 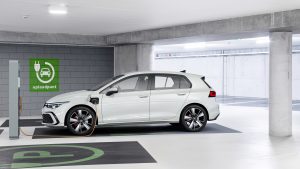 The introduction of the new PHEV and EV models supports Volkswagen’s Way to Zero strategy – the introduction and proliferation of vehicles that allow genuine, emission-free driving. Volkswagen has low-or-no emission vehicles for all requirements and locations and welcomes the Government’s intention to make these options more affordable.